Darryl Hunt 1965 – March 13, 2016 was an African American man from Winston-Salem, North Carolina, who, in 1984, was twice wrongfully convicted of the rape and murder of a young white newspaper copy editor, Deborah Sykes, but was later exonerated by DNA and other forms of evidence. He served 19-and-one-half years in prison before he was freed after review and exoneration.

After 19 years in prison, Hunt was exonerated in February 2004 after DNA evidence led police to Willard Brown, who confessed to the killing. After he was exonerated, Hunt was pardoned by then-Gov. Mike Easley. He was awarded a settlement of more than $1.6 million in 2007 and founded the Darryl Hunt Project for Freedom and Justice, an advocacy group for the wrongfully convicted. 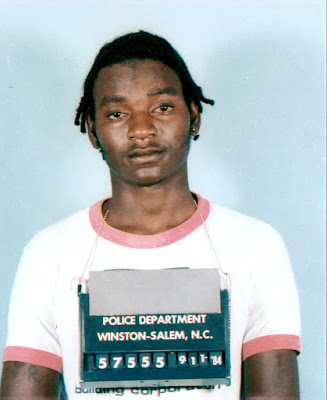 But Hunt was also haunted by his experiences, said those who knew him. He would use ATMs daily, not so much to get money but so he could create a time-stamped receipt and an image recording his location.

“Even after all this time – he still carries this kind of fear and anxiety,” said Phoebe Zerwick, who in 2003 as a reporter for the Winston-Salem Journal, wrote an eight-part series on Hunt’s case.

Zerwick now teaches at Wake Forest University and regularly asked Hunt to speak to classes. His last spoke to a group of her students in late January.

“Anybody I’ve ever met who has met him has been deeply touched by him,” she said. “He’s really moving to college students.” 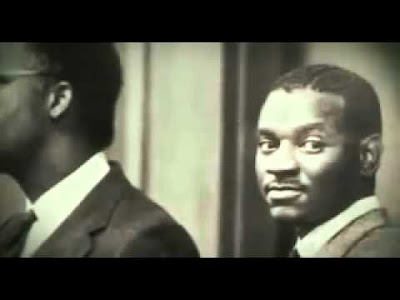 Mark Rabil is an attorney who represented Hunt from his first trial through to his civil settlement with Winston-Salem more than two decades later.

Rabil said he knew Hunt was innocent the first time they talked. “He was very open and trusting,” Rabil said. “There didn’t seem to be any question about it.”

Rabil and Hunt recently traveled together to the University of Virginia for a program at its public policy school. 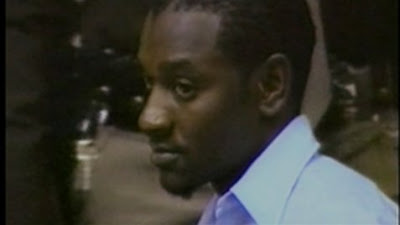 The trauma of wrongful convictions, years in prison, and the responsibilities he took on after he was free wore Hunt down, Rabil said.

“In the long run, he eventually got the death penalty,” Rabil said.

A modern cause célèbre, his case was said to have "helped define race relations in Winston-Salem for 20 years." 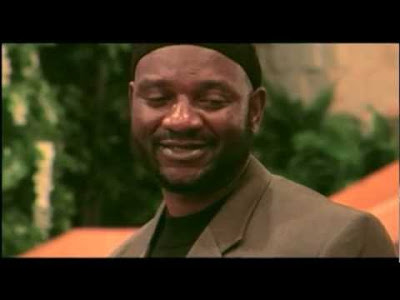 Darryl Hunt became a Muslim and involved in the Innocence Project, as well as his own group called The Darryl Hunt Project for Freedom and Justice. This project is devoted to "educating the public about flaws in the criminal justice system, advocating for those wrongfully incarcerated as a result of those flaws, and providing resources and support for those trying to rebuild their lives."

Darryl Hunt died from a self-inflicted gunshot wound to his torso in Winston-Salem, NC, after a battle with Stage IV cancer. 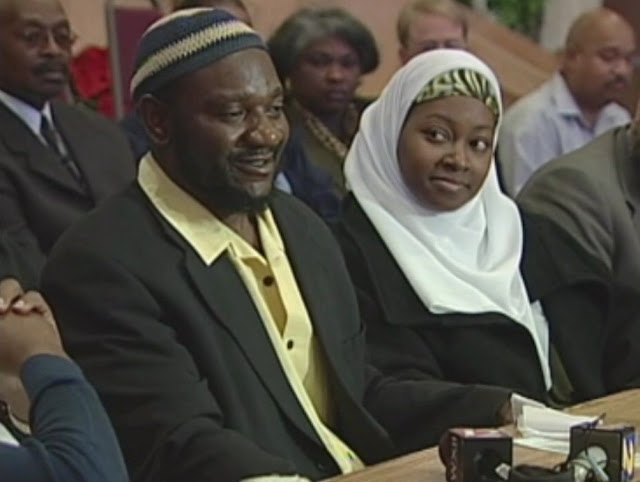 Darryl Hunt (1965-2016) Last Public Speech at Kalvin Michael Smith Rally
Posted by camron46 at 9:34 AM No comments: Links to this post