Eyes Of The Rainbow - a documentary film with Assata Shakur 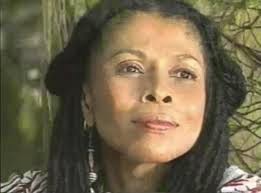 Assata Shakur, Political Prisoner, abducted from prison in NJ and fled to Cuba for safety.  She still is at large even today but is considered the most-wanted woman by FBI status. Many believe she was railroaded into prison along with another revolutionary person, even though there was not sufficient evidence to warrant it.  She continues to be a beacon of light because of her brave, revolutionary conviction.  She has written and published at least one book on her status, and has spoken out in several magazine articles; she is elevated and held high by those who comprehend her aims and appreciate the revolutionary spirit. Assata Olugbala Shakur (born July 16, 1947), as JoAnne Deborah Byron, married name Chesimard is an African-American activist and escaped convicted murderer who was a member of the Black Panther Party (BPP) and Black Liberation Army (BLA). Between 1971 and 1973, Shakur was accused of several crimes and made the subject of a multi-state manhunt. 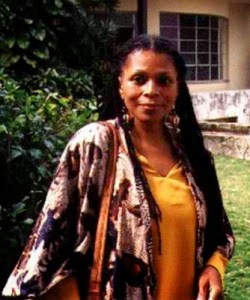 In May 1973, Shakur was involved in a shootout on the New Jersey Turnpike, in which she was accused of killing New Jersey State Trooper Werner Foerster and grievously assaulting Trooper James Harper. BLA member Zayd Malik Shakur was also killed in the incident, and Shakur was wounded. Between 1973 and 1977, Shakur was indicted in relation to six other alleged criminal incidents—charged with murder, attempted murder, armed robbery, bank robbery, and kidnapping—resulting in three acquittals and three dismissals. In 1977, she was convicted of the first-degree murder of Foerster and of seven other felonies related to the shootout. In 2013, the FBI announced it had made Shakur the first woman on its list of most wanted terrorists. Shakur was incarcerated in several prisons in the 70s. She escaped from prison in 1979 and has been living in Cuba in political asylum since 1984. Since May 2, 2005, the Federal Bureau of Investigation (FBI) has classified her as a domestic terrorist and offered a $1 million reward for assistance in her capture. On May 2, 2013, the FBI added her to the Most Wanted Terrorist. On the same day, the New Jersey Attorney General offered to match the FBI reward, increasing the total reward for her capture to $2 million. Attempts to extradite her have resulted in letters to the Pope and a Congressional resolution. Her life has been portrayed in literature, film and song. Assata: In her own words My name is Assata ("she who struggles") Olugbala ( "for the people" ) Shakur ("the thankful one"), and I am a 20th century escaped slave. 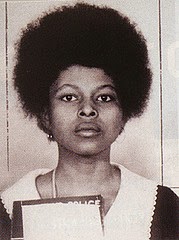 Because of government persecution, I was left with no other choice than to flee from the political repression, racism and violence that dominate the US government's policy towards people of color. I am an ex political prisoner, and I have been living in exile in Cuba since 1984. I have been a political activist most of my life, and although the U.S. government has done everything in its power to criminalize me, I am not a criminal, nor have I ever been one. In the 1960s, I participated in various struggles: the black liberation movement, the student rights movement, and the movement to end the war in Vietnam. I joined the Black Panther Party. By 1969 the Black Panther Party had become the number one organization targeted by the FBI's COINTELPRO program. because the Black Panther Party demanded the total liberation of black people, J. Edgar Hoover called it "greatest threat to the internal security of the country" and vowed to destroy it and its leaders and activists.
Posted by Marileeza at 8:15 PM No comments: Links to this post